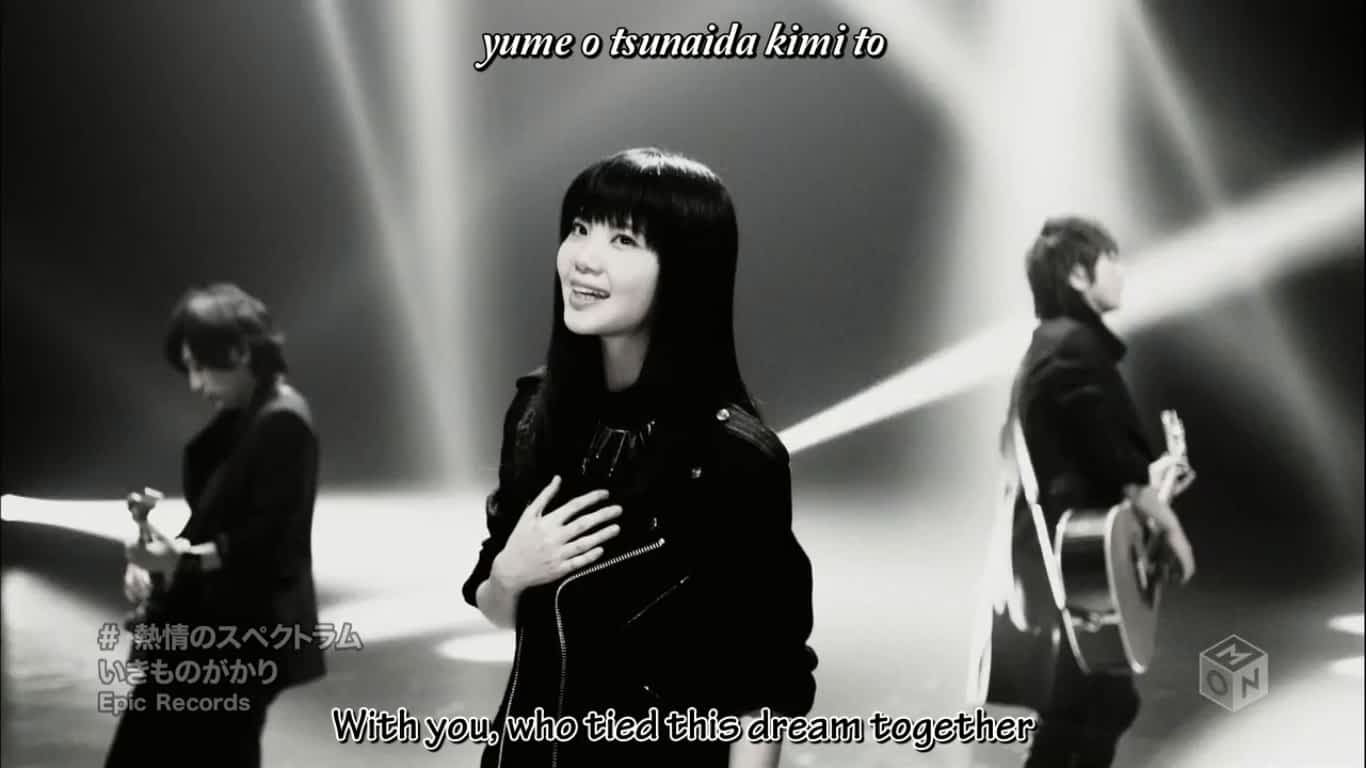 Is a Japanese pop rock band from Kanagawa Prefecture, Japan. The group started in February 1999 with Hotaka Yamashita and Yoshiki Mizuno, and was joined by vocalist Kiyoe Yoshioka in November of the same year. The group’s name is a reference to ikimono-gakari (いきものがかり), a group of children who are responsible for looking after plants and animals in Japanese elementary schools.

In 2006, the group released its first single on Sony Music Entertainment Japan’s Epic Records label. Several of their albums have reached number one on the Oricon weekly rankings, and their songs have been featured on various media: from TV commercials, anime shows such as Naruto Shippuden, Japanese TV Dramas such as Women Won’t Allow This (「女はそれを許さない」, , “Onna wa Sore o Yurusanai”), live action movies such as Time Traveler: The Girl Who Leapt Through Time (2010) (『映画：時をかける少女』 （2010年）, , “Eiga: Toki o Kakeru Shōjo (2010)”), the 2012 Olympic broadcast theme song for NHK, and the set piece for a national junior high music competition