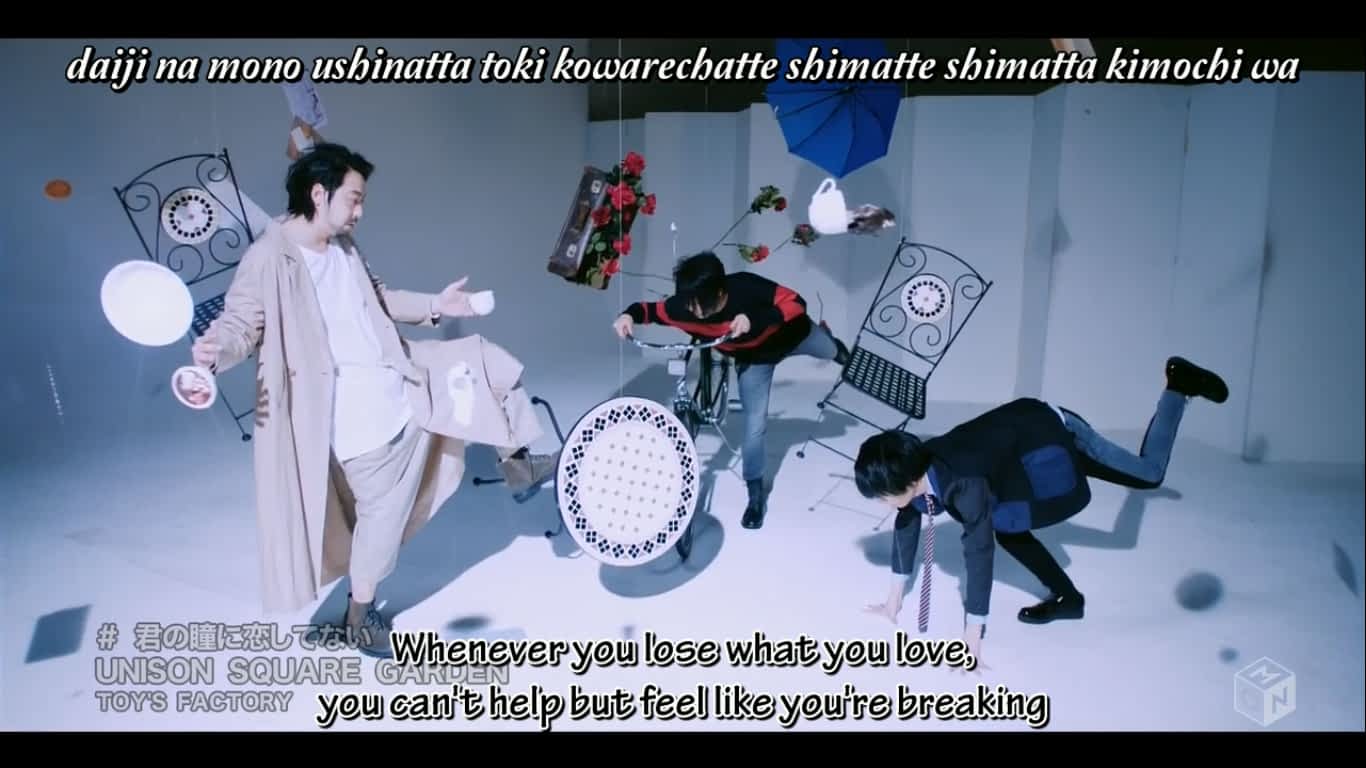 In July 2004, the band was formed, and named as “unison” (ユニゾン) and later renamed the band name to “Unison Square Garden”. They took part in Teens ‘Music Festival Musical Instrument Store Competition, they won the Grand Prix finally. In 2008, they made a major debut at Toy’s Factory. In February 2014, they gave their first performance on Music Station. In July, 2015, they released the anniversary album Dugout Accident, and held a concert in Nippon Budokan.