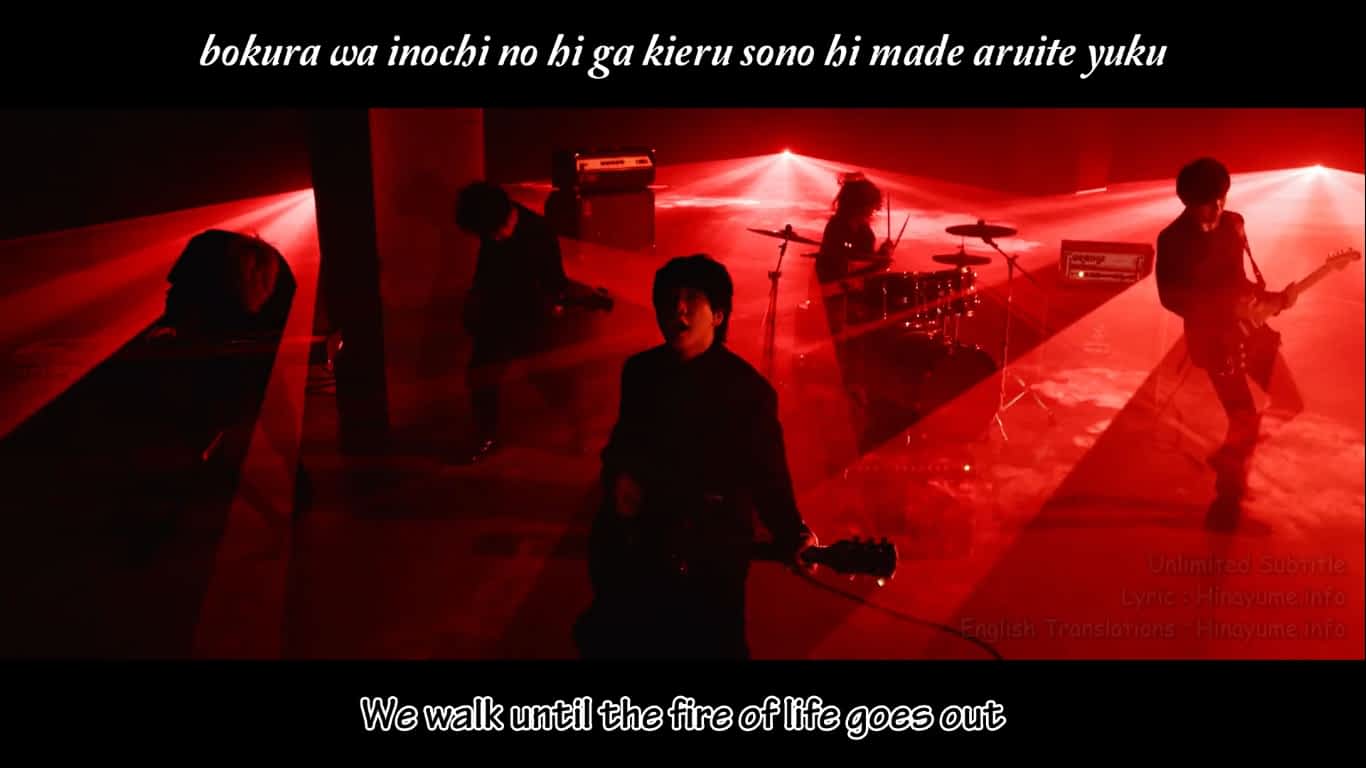 Is a 5-member Japanese rock band from Tokyo that made its major debut in 2015 with EMI Records. They are known for performing the ending theme to the anime series Yu-Gi-Oh! Arc-V as well as their first full album, Twelve, which placed 10th on the Japanese national Oricon charts. Their song “Inferno” is used as the opening theme for the anime Fire Force.