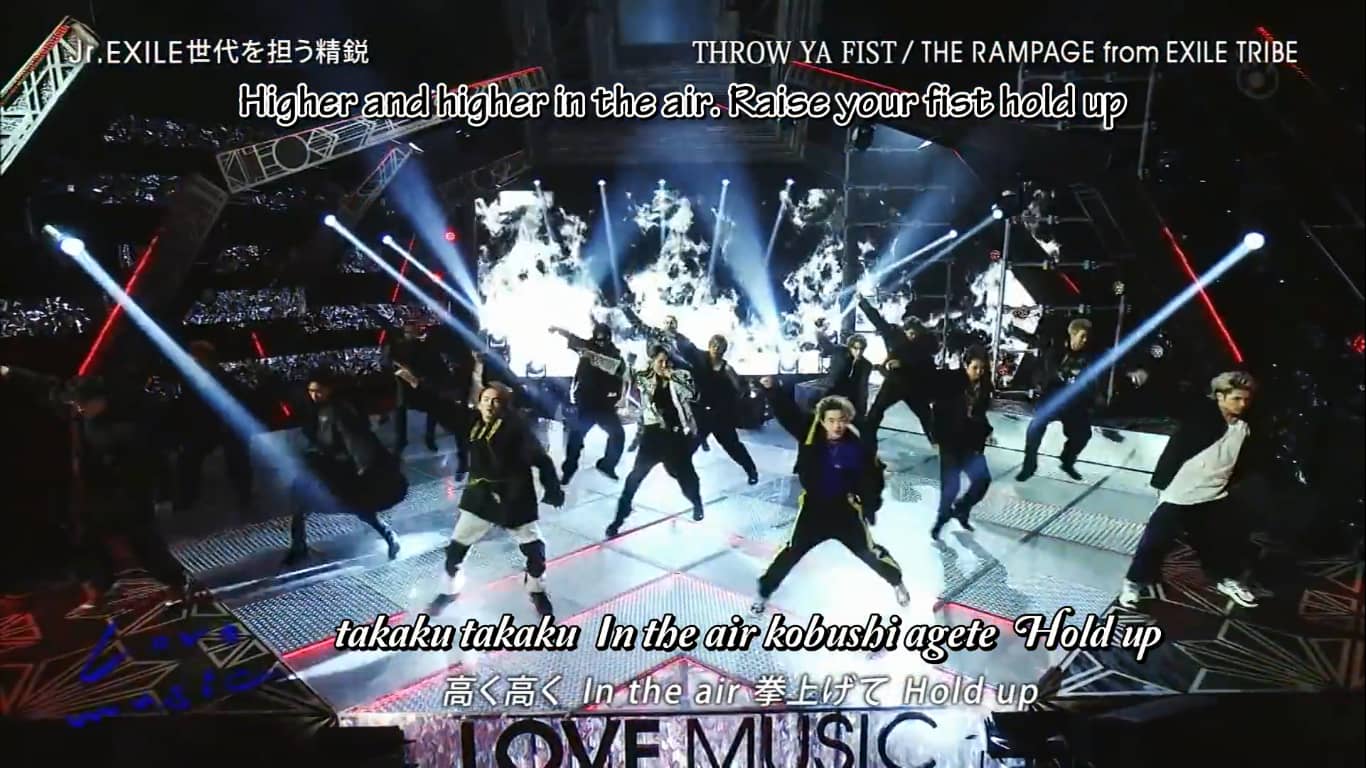 THE RAMPAGE from EXILE TRIBE

Is a Japanese all-male pop dance & vocal group formed and managed by talent agency LDH JAPAN and signed to avex’s record label rhythm zone.
THE RAMPAGE is part of the collective supergroup EXILE TRIBE and is composed of 16 members. The group was formed in 2014 and the members were chosen from the EXILE PERFORMER BATTLE AUDITION, VOCAL BATTLE AUDITION 4 and GLOBAL JAPAN CHALLENGE auditions. They made their debut in January 2017 with the release of their first single “Lightning”.