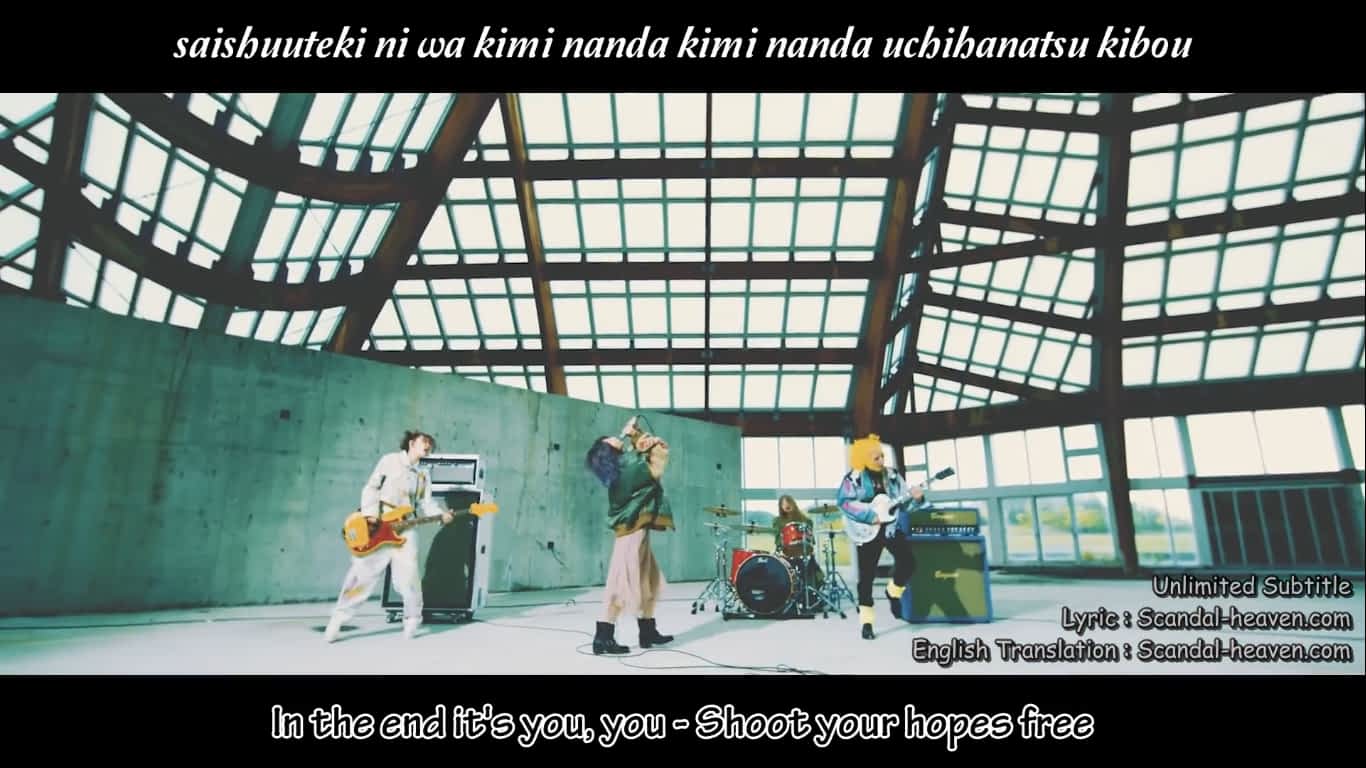 (Hepburn: Sukyandaru, stylized as SCANDAL) is an all-female Japanese rock band from Osaka. Formed in August 2006 by four high school girls, they played live street performances until they were noticed and signed to the indie label Kitty Records. Although all four members have provided lead vocals, their primary roles are Haruna on vocals and rhythm guitar, Mami on lead guitar, Tomomi on bass guitar, and Rina on drums. In 2008, they released three singles and a mini-album while simultaneously touring the United States, France, and Hong Kong. That October, Scandal released their major debut single, “Doll”, on Epic Records Japan.

The band has performed the theme songs for several anime series, including “Shōjo S” and “Harukaze” for Bleach, “Shunkan Sentimental” for Fullmetal Alchemist: Brotherhood, “Pride” for “Star Driver” and “A.M.D.K.J.” for “GeGeGe no Kitarō”. With numerous overseas performances and anime theme songs, Scandal has built a considerable international fanbase.

During their “BEST Xmas 2018 Concert” at Akasaka Blitz, they announced that they would establish their own private record label named “her” in 2019