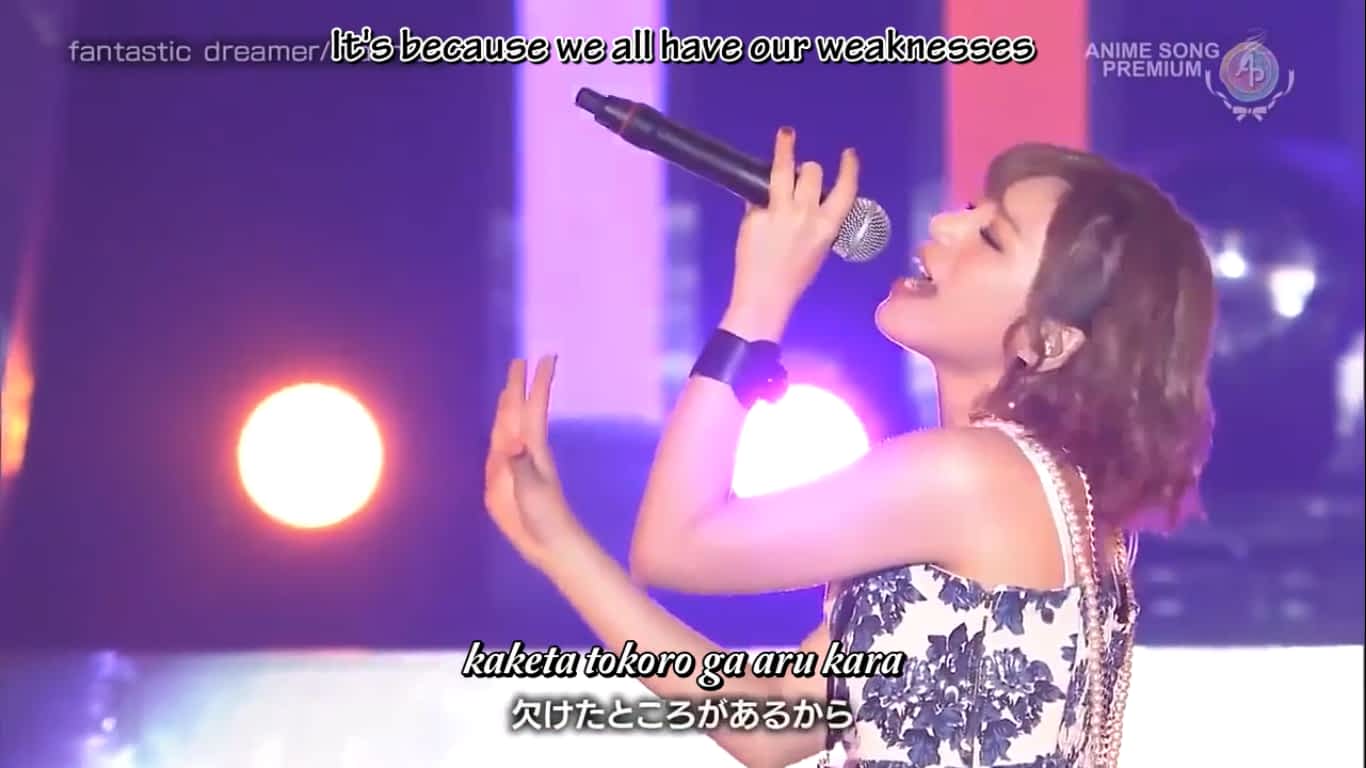 (Born March 25, 1992), better known by her stage name Machico, is a Japanese singer and voice actress from Kure, Hiroshima. After participating in an audition organized by Horipro, she made her music debut in 2012, singing a theme song for a PC game. She was cast as the character Tsubasa Ibuki in the mobile game The Idolmaster Million Live! in 2013. Apart from voice acting, she has performed theme songs for KonoSuba and Age 12. Machico released two albums between 2014 and 2015, and opened her official fanclub in late 2016.